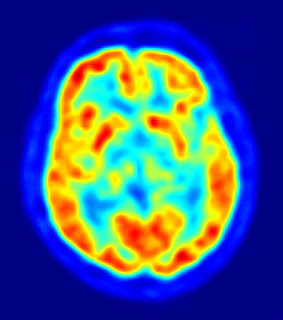 Recently, the European Comission began funding the Human Brain Project, granting roughly 1.6 billion dollars over ten years. The project hopes to build a supercomputer that can fully simulate the human brain, a task researchers have compared to the Large Hardron Collider in terms of scope and ambition. If successful, they believe there will be new and profound insights into neurological disorders such as Parkinsons and Alzheimers.

But it has people excited for more reasons than just it's benefits to medicine and neuroscience. If we learn how the human brain operates, how will the engineers and IT community use that knowledge? Could we make robots that use architecture similar to the brain? Could we get a computer to recognize patterns or detect what we mean to say rather than what we said?

The million dollar question, however, has to be "will we see true artificial intelligence this century?" The safe bet is probably not, our ability to simulate a single neuron is far removed from simulating roughly 100 billion neurons and the billions of connections between them. The Human Brain Project initially hopes to simulate small groups of neurons, the cognitive components active when a person is focused on a particular task. If these neurons are active simulated accurately, it can get around the current hardware limitations of supercomputers today. Even with this, a full simulation of the human brain would require a supercomputer one thousand times faster than the most powerful supercomputer today.

Granted, Moore's Law continues unabated, and if the only hindrance to figuring out the human brain was the raw computational power of our machines, then I could graph out for you the exact month our computers could think and act like people. But like any challenging puzzle, it takes more than having most of the pieces. They also need to be put together in the right places before you can get the full picture. 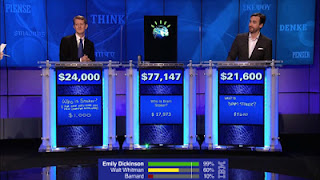 So let's be a bit more conservative and predict that the Human Brain Project will only accomplish part of it's goals. Our understanding of the mind is a bit clearer, but still incomplete. Beside modern philosophy staying the same, there can be plenty of potential in having a partial look into the brain. For example, IBM's Watson was their best attempt at creating a computer that could understand semantics, or what words mean in different contexts. If we had computers that understood language perfectly, your Google searches would always deliver, even with the vaguest and most oblique information and your smartphone might even be able to beat a Turing test. Or perhaps, the HBP's simulations of neurons could help explain how our brains are able to do so much with no more than a lightbulb's worth of electricity. We could have computers that make current ones look like a Humvee next to hybrid car.

Even if they don't succeed at solving the puzzle of the brain and human thought, it will certainly be nice to have a few more of the pieces.

Neuroinformatics: An overview of the Human Brain Project by Stephen Koslow